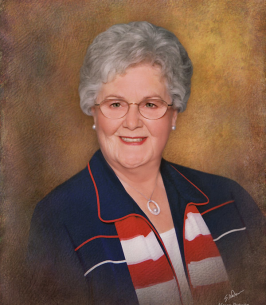 Barbara Dell Bass, 91, of Fairfield, passed away with family by her side in her home Tuesday, July 5, 2022.

Barbara was born January 30, 1931, to Preasley and Maggie Nicholas, and grew up in Fairfield. She graduated Fairfield High School in 1948 and earned her BA degree in 1952 from Sam Houston State University. She married H. Neil Bass on April 12, 1952, in Fairfield. They were happily married for 61 years before he passed away in 2013. They enjoyed traveling and entertaining friends together. Barbara was a beloved teacher at Fairfield Elementary School for 24 years before she retired in 1980. She was a devoted member of the First United Methodist Church of Fairfield. Both she and Mr. Bass were instrumental in the construction of a new wing at the Freestone County Museum. In addition to her parents and her husband, she was preceded in death by her son, Dave Neil Bass, in 2003.

Left to cherish her memory is a sister, Bonnie Red of Arlington; a daughter, Donna Elaine Bass of Fairfield; a grandson, Joey Musgrave of Fairfield; three granddaughters: Melanie Elaine Jackson and husband Brian of Denton, TX; Sisha Lee Ward and husband Clint of Fairfield; Leslie Ann Bass of Dallas, TX; six great-grandchildren: Caleb Jackson of Denton, TX; Benjamin, Levi, and Noah Palacio, of Fairfield, and Kaden and Axl Ward of Covington, TX; and a host of relatives and friends.