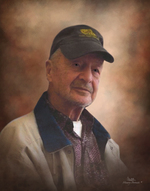 Charles E. Pittman, 89, formerly of Fairfield, passed away Friday, June 12, 2020 in Pasadena, Texas. Mr. Pittman was born August 7, 1930 in Trenton, Texas to parents Lyman Theodore and Anne Lorene Arnwine Pittman. He married Christine Grissom on September 16, 1948 and she preceded him in death on September 13, 1986. Mr. Pittman had been a resident of the Pasadena / Deer Park area for the past eight years relocating from Cleveland, Texas where he had lived for ten years. Prior to Cleveland the Pittman's called Freestone County home for 25 years. Mr. Pittman was retired from Western Union and worked for Western Auto during his years in Fairfield. Mr. Pittman became a believer in 1952 and he and Christine were members of various Baptist churches including Calvary Baptist in Fairfield. In addition to his wife he was preceded in death by a sister.
Left to cherish his memory are four children, Lela Pruitt and husband John of Ellaville, GA; Carl Pittman and wife Pat of Deer Park, TX; Katherine Pittman of Little Rock, AR; Charles David Pittman and wife Jamie of Cleveland, TX; fourteen grandchildren, eleven great-grandchildren and one great-great-grandchild.
SEE SERVICE SCHEDULE BELOW