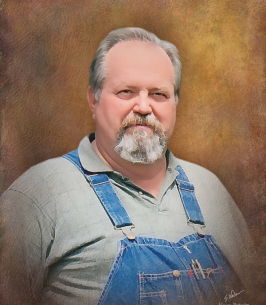 David Wiley "Big Ben" Barnes Sr. of Fairfield, Texas entered into rest on August 3, 2022 in Fairfield, Texas. He was born in Salt Lake City, Utah on June 18, 1951 to Walter Cecil "Barney" and Nancy Ellen Barnes. He and his family moved to Fairfield just in time for him to start first grade. David graduated from Fairfield High School in 1970. On December 21, 1972 he married Elizabeth Bonner.
David worked for Texas Utilities Mining Company for 34 years. He had a love of helping people and put that love to work in civil service in his spare time by being on the first volunteer Ambulance crew in Fairfield; spending over 30 years as a volunteer fireman, serving as Fire Chief for several years and Fire Marshal for a time. He even served as a Reserve Police officer for the City of Fairfield, the Freestone County Sheriff's office, and the City of Teague. He even spent a term on the Fairfield City Counsel.
David was a founding member and Elder of Cowboy Heritage Church, where he showed his greatest loves outside his family for his Church and Children. He spent over twenty years taking the children and the youth of First Baptist, Emmanuel Baptist and Cowboy Heritage Church to Latham Springs preteen and youth camps. He served as a Sunday School teacher working with all ages from the nursery on up thru the youth departments.
His greatest joy was making memories with Travis "Booger Bear" and Maddie "Puddins". In his spare time for years, you could find him tinkering with a race car at the drag strip, watching David Jr's ball games, or helping at the fairgrounds with the sheep and goat shows during the fair. When he finally sat down to relax, he could be found laid back in his recliner watching drag racing, rodeos, or Gunsmoke. He loved to joke, cut up and pick with anyone who crossed his path.
Left to cherish his memory is his wife, Elizabeth; daughter Beth Barnes; son David Barnes Jr and wife Crystal; grandchildren Travis Barnes and Maddie Barnes; sister Marilu Eppes and husband Dennis; sister-in-law, Kay Turner; close family friend Gwen Rosser-Moore and God-daughter Cheyenne Bozeman; several nieces and nephews; and numerous other family and friends. He was preceded in death by both of his parents, his Father and Mother-in-law Travis and Dora Bonner and brother-in-law James Travis "Jimmy" Bonner.

SEE SERVICE DATES AND TIMES BELOW