To share your memory on the wall of DAVID STEWARD, sign in using one of the following options:

Print
David Watson Steward, beloved husband, brother, father, grandfather, cousin and uncle passed away June 15, 2020. David was born to Roger David Steward and Helen Ann Watson Steward on November 10, 1949 in Fairfield, Texas. His father, Roger David, was... Read More
David Watson Steward, beloved husband, brother, father, grandfather, cousin and uncle passed away June 15, 2020. David was born to Roger David Steward and Helen Ann Watson Steward on November 10, 1949 in Fairfield, Texas. His father, Roger David, was a geologist and soon moved the family to South Texas for his exploration work. However, David spent much of his early life in Fairfield with his grandparents, Roger & Grace Steward, Tas & Evelyn Watson and many cousins. He enjoyed all the outdoor activities as a boy that Texas had to offer. He went on to be in the first graduating class at King High School in Corpus Christi, TX in 1968. David returned to central Texas to study veterinary medicine at Navarro College. He later transferred to Texas A&I (now A&M) in Corpus and completed his studies with a business degree in 1977. He further studied Oil and Gas law at the University of Houston.
David met the love of his life, Pamela Golobish, in 1972 through a blind date their mothers coordinated. They were married in Corpus Christi in August 1973. David and Pam were blessed with three sons: Stephen, Michael and Roger. Their deep love for family was inspired and rooted by faith in a loving God and savior Jesus Christ. They raised their boys to experience the spontaneous, blissful moments only the wilderness can inspire. Their family enjoyed traveling across North America, discovering the outdoor adventures together, and experiencing amazing creations along the way.
David’s love for the outdoors and family took him into the field of oil & gas exploration, following in the footsteps of the pioneers of his family in that industry. As a third-generation oilman with a naturally charismatic personality, and a knack of remembering names and faces, he secured his success in the career field. The family legacy of pioneers continued in him, through his research and exploration hundreds of oil and gas wells have been completed both locally and nationally fueling the nation that he loved.
He also inherited a love for aviation through his family and earned his pilot’s license in 1973. This took him on many adventures - he used his many aircraft to explore oil & gas records, take family and business trips as well as multiple hunting & fishing trips.
He greatly enjoyed serving his community in many different roles; Chairman of Ducks Unlimited, Chairman of Corpus Christi Landman’s Association, lobbyist for Coastal Conservation Association, Fairfield City Councilman, Trustee of the First United Methodist Church of Fairfield, Civil Air Patrol member/supporter, and many other profitable & charitable organizations.
His legacy continues in our many wonderful memories. Our father and friend will always be remembered for the joyful moments, embellished (but true) stories and practical jokes. He lived life for the adventure and fought for what was best for his family, friends, community, and nation. He was a patriotic man who loved his country, supported the military, and loved his family. He was devoted to providing a secure and stable life for his wife, kids and grandkids. David is also remembered for quickly befriending strangers and supporting friends when they needed it the most.
David is preceded in death by his parents Roger David Steward and Helen Jeffries, and infant son, Stephen Steward. He is survived by; his wife, Pam, of 46 years; son Michael Steward and wife Julie and their children Lily, Wyatt, and Wiley; son Roger Steward and fiancé Courtney Bussell and their children Scout Steward, Braxton, Jaxson and Maxx Acker; brother Roger Worth Steward and wife Lisa; brother Randy Steward and wife Mary; many nephews/nieces, Brian Steward and wife Marcy, Stacy Hill and husband Jeremy, Clayton Steward and wife Traci, Natalie Steward and fiancé William, Zach Steward; close cousins Bernie Schaefer, Karen and husband Jack Albright, Jenny Calame and husband Jerry, Connie Watson, Denise Wells, William Moeglin and wife Sissy, Nancy Dismukes and husband John.

In lieu of flowers, the family requests donations be made to First United Methodist Church of Fairfield or Faith Academy of Freestone.

Memorial service will be held at the Steward’s Mill Church on June 27th at 9:00 A.M. with reception to follow at their house in Fairfield.
Read Less

Receive notifications about information and event scheduling for DAVID

We encourage you to share your most beloved memories of DAVID here, so that the family and other loved ones can always see it. You can upload cherished photographs, or share your favorite stories, and can even comment on those shared by others.

Posted Jul 01, 2020 at 11:49am
Dear Pam and Steward Family,
Thinking of you and sending you comforting thoughts
You are in our prayers because you are in our hearts
To David's credit, and legacy the Steward name is one to be proud of
May you gain strength in knowing that you face
nothing alone, and confidence in the awareness of God's presence by just whispering His name
Let your thoughts be calmed through His peace
Mike & Kathy Arrington

Posted Jun 21, 2020 at 10:58am
So many memories from sharing office space to the wild airplane and car rides in various countries and states. I will miss my friend and cherish his memory. Never a dull moment and especially when BDH has around. To Pam, Michael and Roger my deepest condolences.
Comment Share
Share via:
DW

Posted Jun 20, 2020 at 02:04pm
David was a Great Friend and will be deeply missed. Of all the people I have met in my life, David stood head and shoulders above all in being a "good-all-around" person. He was always there to listen and help. David loved business and doing deals. He was very good at it. I first met David in the mid 80's when I joined a deer lease he controlled in Cotula , Texas. There, I learned he was also a pilot and our friendship was cemented. David, and his wife Pam and I went to the international airshow in Oshkosh Wisconsin a few years ago and had an absolute blast. I am pretty sure we all walked and rode scooters over 10 miles over 3 days. We were already planning for Oshkosh in 2021. David and I talked about God and Heaven, and I know he is at peace and now home. Although I am sad today, I am also happy I was lucky enough to know him and share many good times with him and Pam.
Comment Share
Share via:

Posted Jun 20, 2020 at 12:57pm
David was one of the few people in life I have totally trusted. He was a good friend and always was willing to offer a helping hand. We meet late in life but have no doubt we would have had a great time whenever we would have meet. He raised a quality family and he was most lucky in his choice of a wife. Pam is special. It was a pleasure working and playing with him. We had many adventures planned. I guess we will pick it up when we meet next. God bless
Comment Share
Share via:

Posted Jun 18, 2020 at 05:15pm
David was always such a great friend. He was always fair in his business dealings. He was always willing to help a friend in need. This loss has been greatly felt by me and my family already. I am forever grateful for his friendship and look forward to seeing him again someday when I get to Jesus.
Comment Share
Share via: 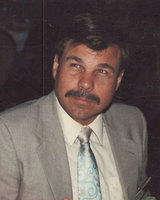 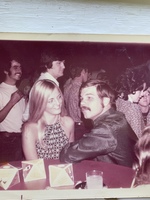 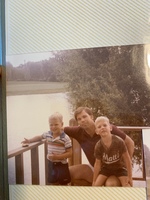 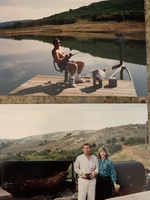