To share your memory on the wall of Felipe \"Phillip\" Gaitan, sign in using one of the following options:

We encourage you to share your most beloved memories of Felipe "Phillip" Gaitan here, so that the family and other loved ones can always see it. You can upload cherished photographs, or share your favorite stories, and can even comment on those shared by others.

Posted Feb 06, 2020 at 07:53pm
He was a good man. Gone way too soon. Always enjoyed going fishing with him back in the day.
Comment Share
Share via:
PS

Posted Jan 29, 2020 at 08:05pm
I remember him always smiling and glad to be worshipping God, playing his guitar. He was a great guy. God give the family peace! He sure will be missed!!
Comment Share
Share via:
LC

LARRY CORNUTT purchased flowers and planted a memorial tree for the family of Felipe "Phillip" Gaitan.

Posted Jan 28, 2020 at 10:32am
I met and friended Felipe when he first moved to Fairfield. A great guy and a good friend through life. My condolences to the family. Prayers and love.
Comment Share
Share via: 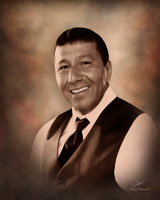