To share your memory on the wall of FRANCES HENLEY, sign in using one of the following options:

Print
Frances Joanne Henley went home to Jesus on February 10, 2020 at the age of 78. Frances was born to Frank and Esther Leslie in San Bernardino California.

Frances met her husband, Bob in 1968 in San Diego. They quickly fell in love an... Read More
Frances Joanne Henley went home to Jesus on February 10, 2020 at the age of 78. Frances was born to Frank and Esther Leslie in San Bernardino California.

Frances met her husband, Bob in 1968 in San Diego. They quickly fell in love and were married six weeks later. They had one son, Chris. Frances had two sons from a previous marriage, Gene and Les.

Frances and Bob moved from California to Texas. They later moved to Fairfield, Texas and lived there for the last 30 plus years. Frances always joked that she may have lived most of her adult life in Texas but she was still a Cali girl in her heart.

In addition to her devotion to her husband and family, Frances worked for over 19 years at Houston Lighting and Power. She had several interests outside of work and family. She along with her husband enjoyed caring for and riding horses. She personally really enjoyed dressage. But art was her passion. You could often find her with a paintbrush in hand creating a new piece.

Frances is joining her parents Frank and Esther, her siblings Charles, Jack, and Eileen, and her son Les in Heaven. She is survived by her husband Bob, her children Gene, Chris, Austin, and Nick and her grandchildren, Gene, Grant, Guy, Claire, Robbie, and Jack and several great-grandchildren.
Read Less

Receive notifications about information and event scheduling for FRANCES

We encourage you to share your most beloved memories of FRANCES here, so that the family and other loved ones can always see it. You can upload cherished photographs, or share your favorite stories, and can even comment on those shared by others.

Posted Feb 22, 2020 at 11:19am
I will miss my friend. Our weekly lunches, our little adventures and our chats. She had a wicked sense of humor and a deep love for Bob and her family. I feel blessed to call her a very dear friend and to have had her in my life for all these many years.
Comment Share
Share via: 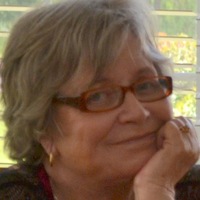