To share your memory on the wall of Glen Nichols, sign in using one of the following options:

Receive notifications about information and event scheduling for Glen

We encourage you to share your most beloved memories of Glen here, so that the family and other loved ones can always see it. You can upload cherished photographs, or share your favorite stories, and can even comment on those shared by others.

Posted Jan 29, 2019 at 12:00am
I am very sorry for your loss. I hope you find comfort in your memories of Glen and from others who remember him fondly. Psalms 147:3 says; "He is healing the broken hearted ones and is binding up their painful spots". May these words along with the support of your loved ones, help your heart during this difficult time. My deepest sympathy.
Comment Share
Share via:
BT 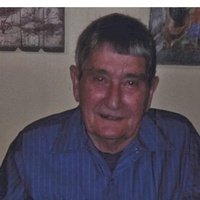