To share your memory on the wall of GLENDALE BLACK, sign in using one of the following options:

To plant a memorial tree in honor of GLENDALE BLACK, please visit our Heartfelt Sympathies Store.

Receive notifications about information and event scheduling for GLENDALE BLACK

We encourage you to share your most beloved memories of GLENDALE BLACK here, so that the family and other loved ones can always see it. You can upload cherished photographs, or share your favorite stories, and can even comment on those shared by others.

Posted Oct 08, 2020 at 09:23am
My prayers are with you all. Heaven has a new saint. Mr Black was a true inspiration with a wonderful family and legacy. peace be with all of his family
Comment Share
Share via:
R

this is Zack Newman
DW

Posted Oct 07, 2020 at 10:01pm
My prayers and condolences to Shelba, Bud, Steve, and other members of the Black family on Glendale's passing. God Bless.
Comment Share
Share via:
JM

Posted Oct 07, 2020 at 01:11pm
Joe and I love Glendale so much, he and Shelba are like family to us. Dad said he Glendale was his best friend. Glendale was as Dad to him as his brothers. Love in Christ as well really brought this family close to our family. We are praying for all at this time of grief. May you feel God's presence and peace daily as you learn to live without Glendale beside you. We love you all.
Comment Share
Share via: 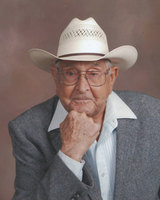