To share your memory on the wall of H. J. CANNON, JR., sign in using one of the following options:

Provide comfort for the family by sending flowers or planting a tree in memory of H. J. CANNON, JR.

Provide comfort for the family by sending flowers or planting a tree in memory of H. J. CANNON, JR.

Receive notifications about information and event scheduling for H. J.

We encourage you to share your most beloved memories of H. J. here, so that the family and other loved ones can always see it. You can upload cherished photographs, or share your favorite stories, and can even comment on those shared by others.

Posted May 15, 2019 at 12:00am
I am so sorry for the loss of your father. I know how deeply you loved and admired him. You are in my thoughts and prayers.
Comment Share
Share via:
CC

Posted May 15, 2019 at 12:00am
H. J. worked with my Daddy, Randolph White at the Highway Dept. for many years. Many happy memories! May God be near you and give you peace.
Comment Share
Share via:
JF

Posted May 13, 2019 at 12:00am
So sorry for your loss. May God give you peace and comfort during this time. Robin Crouch
Comment Share
Share via:
RT

Posted May 13, 2019 at 12:00am
Sending condolences to all the family and friends of H. J. during this time of loss of a great man.
Comment Share
Share via: 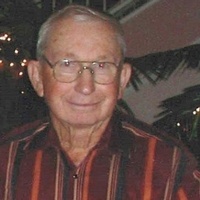