To share your memory on the wall of HARRIETTE C. FREEMAN, sign in using one of the following options:

Provide comfort for the family by sending flowers or planting a tree in memory of HARRIETTE C. FREEMAN

Provide comfort for the family by sending flowers or planting a tree in memory of HARRIETTE C. FREEMAN

Print
Harriette Catherine Freeman, Cathy, to many friends, or Cat to family went to be with her Savior on January 20, 2021 in Fairfield, TX.

She was born December 24, 1934 in St. Albans, WV to Clifford R. Henson and Harriette Good Henson, as o... Read More
Harriette Catherine Freeman, Cathy, to many friends, or Cat to family went to be with her Savior on January 20, 2021 in Fairfield, TX.

Growing up in St. Albans, Cathy graduated from St. Albans High School in 1952 and attended West Virginia State College for almost 2 years. She worked for Ray C. Call, a heavy equipment dealer, as a secretary and then for Thomas Memorial Hospital as a secretary, which is funny since she did not like to see pain. After marrying Frank Freeman (educator) in 1961, they made their home in northern Virginia after Frank completed his military service in the marines. She developed and cultivated her skilled craft with words, typing, shorthand, computers, and secretarial work. She worked for Rice Millers in Washington, DC as a legal secretary till changing to NSPE (National Society of Professional Engineers) which was across the hall, where she excelled in her 30 plus years of service. She was so well thought of by management, that she was able to come home and stay with her son after school and during summers. In addition, she was cited as transcriber in a book written about the company. She retired after 30 ½ years with NSPE, but still worked part time at Springfield Mall at the information desk. In addition, she enjoyed serving in her local congregation (Reality Gospel Church) by participating in the choir, helping in the office and greeting guests. She looked forward to visits with Frank and Amy and the grandchildren, Abby and Zack, each year. She loved crossword puzzles and reading – her goal was to read the Bible through annually. Her enjoyment in cooking shown through as she prepared delicious meals and scrumptious desserts for family, friends, church and neighbors. Preparing meals brought her much joy.

Cathy is dearly loved and deeply missed by her family and friends. She spent much of her with friends and looking out for others. She loved people. Cathy is remembered for her Christ-like loving, self-less and giving heart to all who knew her. She is a woman who chose not to be the center of attention, but to prefer others before herself.

You may visit Cathy’s tribute page at BartlettNicholsFuneralHome.com to share memories or condolences with the family.

We encourage you to share your most beloved memories of HARRIETTE C. FREEMAN here, so that the family and other loved ones can always see it. You can upload cherished photographs, or share your favorite stories, and can even comment on those shared by others.

Plant a Tree in Memory of HARRIETTE C. FREEMAN
Plant a tree 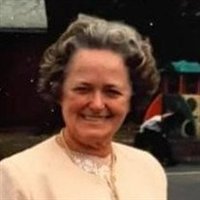