To share your memory on the wall of HATTIE LOTT, sign in using one of the following options:

Receive notifications about information and event scheduling for HATTIE

We encourage you to share your most beloved memories of HATTIE here, so that the family and other loved ones can always see it. You can upload cherished photographs, or share your favorite stories, and can even comment on those shared by others.

Posted Jan 15, 2020 at 03:42pm
I loved Aunt Raye, my favorite memory of her was when I worked at Fairfield Rehab doing hair. She would come in all praising God and loving on us all. I asked her what she was up too, she'd say I'm just up here reading the Word to these little old people. Such an awesome Christian women.
Comment Share
Share via: 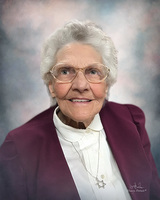