To share your memory on the wall of JAMES YORK, sign in using one of the following options:

Receive notifications about information and event scheduling for JAMES

We encourage you to share your most beloved memories of JAMES here, so that the family and other loved ones can always see it. You can upload cherished photographs, or share your favorite stories, and can even comment on those shared by others.

Posted Jun 20, 2019 at 08:03pm
Jim and I have been best friends since jr high. We had lots of fun together and spent so much time at each other house. I could always count on him to talk or just hang out. He was like a brother to me. I will truly miss him. Jim I love you and until we meet again.
Comment Share
Share via:

Posted Jun 20, 2019 at 02:48pm
I will miss Jim so very much. He was a part of my family when he and my sons, Phillip and Ethan, were growing up together. Ethan and Jim were inseparable when they were young. He spent lots of time in our home, and I loved him like my son. He was an awesome young man and will be missed greatly.
Comment Share
Share via: 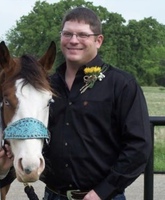