To share your memory on the wall of LETA RICHARDSON, sign in using one of the following options:

Leta Marie (Cannon) Richardson was born November 2, 1921, in the Grange Hall Community in Freestone County, Texas, to Hilmon Thomas Cannon and Era Lee York Cannon. She passed away at the age of 98, on Tuesday, July 28, 2020, in Fairfield, Texas. She was raised in the Grange Hall Community where she attended church and grade school and graduated from Fairfield High School in 1940. After graduation, she moved to Austin, Texas where she worked in the State Hospital facility until her marriage to John Newburn Richardson in 1942. Marie lived most of her life in Fairfield except for a time when she joined Newburn in Dothan, Alabama where he was stationed during World War II. She and Newburn raised their two daughters, Johnnie Beth and Joan in Fairfield and she was like a second mother to several of their friends. Marie was a devoted Christian, wife, mother, daughter and sister and taking care of her family was her primary job all of her life. She worked part-time as bookkeeper for her husband while he was the local Red Arrow Freight Agent. She was a longtime member of Calvary Baptist Church in Fairfield where she and Newburn attended until her health prevented her from doing so. She particularly loved helping with Vacation Bible School. Mrs. Richardson was preceded in death by her husband, her parents, brothers: Millard Cannon, H. J. Cannon, Jr. and Thomas Doyle Cannon, sisters: Zuma Lea Cannon Henry and Juanita Cannon Chavers. Also preceding her in death was her son-in-law, William H. Ruth.

Mrs. Richardson is survived by daughters, Beth Richardson Edwards (Ralph) of Tyler, Texas and Joan Richardson Ruth of Longview, Texas. She is survived by grandchildren, Gina Edwards Hammack (David), Melany Edwards Porter (Steve), Amy Ruth Rainoshek and Alan Ruth. Great grandchildren, Collin Hammack, Brady Hammack, Ayden Porter, Jackson Porter, Isabella Porter, Morgan Ruth, Taylor Ruth, Kaley Ruth, Colton Rainoshek and J.T. Cooley. Also surviving her, a sister-in-law, Mildred Burkhart and many special nieces and nephews. The family would like to express appreciation to Fairfield Nursing and Rehab for caring for Mrs. Richardson during the past nine years. Also, thanks to Providence Hospice who has provided assistance during the past months and especially to volunteer Vicky Cheek of Fairfield who was a faithful visitor and special friend for several years.
Read Less

Receive notifications about information and event scheduling for LETA

We encourage you to share your most beloved memories of LETA here, so that the family and other loved ones can always see it. You can upload cherished photographs, or share your favorite stories, and can even comment on those shared by others.

What wonderful memories you must have of your Mother. Always so involved in meaningful activities. Such a devout Christian lady.
She was in my Mothers Sunday school class for years. I remember her working in Bible School. I also remember having you girls in Bible School at Calvary with Miss Emily Day. What a fun time.
Cherish your memories and pass them on to your children , grandchildren and on down the line.
The Cannon family was one of many in Fairfield that almost seems like family.
God bless each of you , may He wrap His arms around you and comfort you.
Our Love, prayers and sympathy!

Posted Jul 29, 2020 at 05:18pm
Beth and Joan my prayers and condolences to both families on the passing of Marie. What a sweet and wonderful lady she was and one that I'll never forget. God Bless.
Comment Share
Share via: 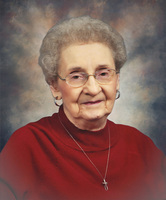