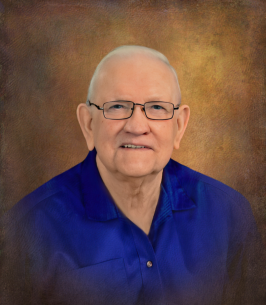 Lloyd Wayne Kellum, 87, of Fairfield passed away on Friday, August 19, 2022 in Fairfield. Mr. Kellum was born December 20, 1934 in Jacksonville, Texas to parents Lance and Lorena (Tyer) Kellum. At age 17 he joined the U.S. Marine Corps and served three years. He was awarded the Korean Service Medal, United Nations Service Medal, National Defense Service Medal and Good Conduct Medal.
On May 19, 1955 he married the love of his life and “His Girl”; Lena May Tate. They moved to Pasadena, Texas where they made their home and started a family. Lloyd and Lena “May” were blessed with a son Bobby Wayne Kellum and a daughter, Peggy Jean Kellum. Mr. Kellum retired from Metallic Metals and moved to a family farm. The love and devotion that Lloyd and “His Girl” shared was obvious to everyone, even after 61 years of marriage. In their later years Lloyd and “His Girl” sold the farm and moved to Fairfield, Texas.
Mr. Kellum was a member of the Calvary Baptist Church in Fairfield. He was a devoted and loving son, husband, father, brother-in-law, uncle and special friend. He loved to play dominos and was always ready for a competitive game of 42. He took great joy in helping people. He was loved by many and will be greatly missed by all.
In addition to his parents, he was preceded in death by his wife Lena “May” Tate Kellum; son, Bobby Wayne Kellum; brother, Charles Kellum; parents-in-law, Woodrow and Lena Mae Tate.
Left to cherish his memory is a daughter, Peggy Jean Kellum of Mexia, Texas; Brother and sister-in-law, Ray and Doris Tate of Tyler, Texas; daughter-in-law, Diane Kellum of Pearland, Texas, brothers by heart, John, Phillip and Jerry Barker all of Fairfield, Texas; a special little friend, Mason Baillio of Fairfield, Texas and a host of nieces, nephews, cousins and special friends.