To share your memory on the wall of LUTHER NIELSEN, sign in using one of the following options:

Luther’s graveside service will be held at 3:00 PM on Saturday, May 30, 2020, at the Texas United Methodist Conference Cemetery across from Lakeview United Methodist Conference Center in the Palestine TX area, just west of Elkhart on State Highway 294 (see directions below) . The service will be led by Dr. Richard Heyduck, pastor of First United Methodist Church of Fairfield, TX, the family’s church while living in Fairfield and where Luther’s dad’s funeral was held in May, 2000. The funeral is being handled by Capps Memorial Chapel funeral home in Fairfield. This obituary will appear on their website, along with one or more of Luther’s photos.

Luther was born on April 15, 1953, in Jefferson, Texas, while his father was serving as pastor of the Methodist church there. With his dad’s transfers to different Methodist churches by the bishop (then done usually every two to four years), Luther grew up in various towns in East Texas, including Jefferson, Hughes Springs, Palestine, Orange, and then Pasadena, Galena Park and other places in the greater Houston area in the 1960’s and 1970’s. While in junior high school in the Houston area in the late 1960’s, Luther suffered a debilitating spinal attack that left him unable to complete his education past the 10th grade or working. He suffered from schizophrenia and other medical issues for his lifetime, under a regimen of many drugs. With his dad’s retirement in 1975, the family moved to a small farm near Teague, then with advancing age of his parents Luther moved with them to Fairfield in the 1990’s. Luther lived with his parents until the late 1990’s when his mother arranged for Brazos Valley MHMR to look after Luther in assisted living in Bryan/College Station, TX. He received MHMR’s assisted living care in a group home in Bryan, continuing thereafter until his death while Luther lived alone in an apartment in College Station.

Luther’s brother Paul Nielsen took over as his SSI Representative Payee in March 2018. Paul and wife Cyndi Nielsen were still active in working with Brazos Valley MHMR to care for Luther as of his death, including medical treatment and shopping. Luther would always have a favorite place to eat lunch during their visits, starting with Luby’s and later Appleby’s and other places in College Station. At Easter in April 2019, Paul and Cyndi took Luther to a local United Methodist church for worship, but were prevented from doing so again at Easter 2020 due to the coronavirus pandemic. Luther could and did pray with us when the opportunity arose, and was comfortable with the Christian beliefs of his own and his family. He often expressed his appreciation to MHMR and to Paul and Cyndi for their assistance in various ways in his life.

Friends wishing to make a gift in Luther’s memory are requested by the family to make a modest memorial donation to a charity of their choice. The family appreciates your prayers and support, and may be contacted through Luther’s brother, Paul Nielsen, 5710 Sapphire Vista Lane, Houston, TX 77041-5783, phone (713) 906-2267, email pnielsen48@comcast.net.

Directions to graveside service:
The Texas United Methodist Conference Cemetery, also known as Lakeview United Methodist Conference Cemetery, is located on State Highway 294 across from and just east of the main entrance to the church’s Lakeview Conference Center (long known previously as Lakeview Methodist Assembly), at the junction of State Highway 294 and County Road 2101, clearly visible on the southwest corner of the intersection. Coming from the south (Houston etc.) take I-45 to Buffalo, then east on U.S. 79, continuing eastward after U.S. 84 joins from Fairfield, a short distance until a right turn onto State Highway 294. Coming from the north (Dallas etc.), take I-45 to Fairfield, then east on U.S. 84 until it joins U.S. 79 toward Palestine, then as above. Sorry, we don’t have rural distances nor exact GPS address, just the above markers. Once you find the cemetery, the gravesite will be on the far southeastern edge on the above CR 2101 county road southward about a hundred yards off 294. Luther’s body will be interred next to the graves of his parents, Rev. Howard Nielsen (May 2000) and wife, Fern Nielsen (August 2010), marked by a shared headstone.
Read Less

Receive notifications about information and event scheduling for LUTHER

We encourage you to share your most beloved memories of LUTHER here, so that the family and other loved ones can always see it. You can upload cherished photographs, or share your favorite stories, and can even comment on those shared by others.

Posted May 29, 2020 at 07:19pm
I am truly sorry for the loss of your brother, Luther. I will keep your family in my thoughts and prayers.
Brad Parker
Comment Share
Share via:

I had the privilege of enjoying several family holidays with Luther and family and am praying you all find comfort and peace in the Lord during this difficult time. Hugs, Dawn 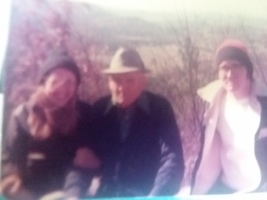 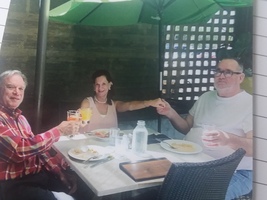