To share your memory on the wall of INEZ BURNETT, sign in using one of the following options:

In lieu of flowers the family request donations to your favorite charity.
Read Less

To plant a memorial tree in honor of INEZ BURNETT, please visit our Heartfelt Sympathies Store.

Receive notifications about information and event scheduling for INEZ BURNETT

There are no events scheduled. You can still show your support by sending flowers directly to the family, or planting a memorial tree in memory of INEZ BURNETT.
Plant a Tree

We encourage you to share your most beloved memories of INEZ BURNETT here, so that the family and other loved ones can always see it. You can upload cherished photographs, or share your favorite stories, and can even comment on those shared by others.

Posted Apr 20, 2020 at 10:17pm
Sorry to hear of Inez, lots of memories of her in Fairfield school library along with Pat sometimes and also at First Baptist Church library. Thoughts and Prayers for family.

Posted Apr 16, 2020 at 10:30pm
We were so sorry to hear about Inez. I remember the times I would slip into the school library and visit with her if I had a few free minutes. She was so easy to talk with, and I still hear her fun laughter. She was such a caring and loving person and was always ready to help others, whether in her role as the school librarian or the church librarian. I’m so glad I knew her. May God’s peace fill your hearts at this time.
Comment Share
Share via:
CC

Posted Apr 16, 2020 at 05:47pm
I am so sorry for your loss. Inez was the high school librarian when I began teaching. She had a wonderful laugh and sense of humor. Praying that God will comfort you.
Comment Share
Share via:
CR

Posted Apr 16, 2020 at 05:12pm
Inez was one of the sweetest ladies in knew. So kind, generous, loving and friendly to everyone. I loved her sweet little laugh. David and I bought loved this sweet lady. God got him “cream of the crop” today.
Comment Share
Share via:
CR

Corrections....I knew and David and I both

Posted Apr 16, 2020 at 04:25pm
Prayers of peace and comfort to the family from the Holy Spirit. May you all rest in the grace of God, knowing Mrs. Inez is home with her Lord. And may God comfort you during this time. God bless. Pastor Jeffrey Stachmus, FBC Fairfield
Comment Share
Share via: 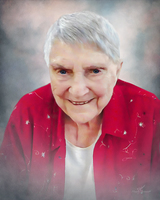