To share your memory on the wall of JUANITA SUITS, sign in using one of the following options:

To plant a memorial tree in honor of JUANITA SUITS, please visit our Heartfelt Sympathies Store.

Receive notifications about information and event scheduling for JUANITA SUITS

We encourage you to share your most beloved memories of JUANITA SUITS here, so that the family and other loved ones can always see it. You can upload cherished photographs, or share your favorite stories, and can even comment on those shared by others.

Our prayers and deepest sympathies are with you all during this difficult time. We pray that you all receive comfort, peace that passes all understanding, and strength that only our Lord can provide.
Hold onto the following Bible promises and truths: Ecclesiastes 3:1-8, 1 Thessalonians 4:13-18, and Revelation 21:4.
We look forward to the day where we will all see Jesus' face, and we will all be reunited -- what a glorious day that will be!

Thank you so much Erin and Jeremy. We appreciate the comfort and support and the words of Peace and Promise of the Life ever after. What a Glorious reunion she had with my Brother and my Dad, her parents and all of her friends that went before her. Thank you so much.
GS

Please know that Lynda and I are with you in spirit during this time of your Mother’s death. She was so special to both of us. I worked very closely with her at the hospital for so many years.
One Christmas, while Dr. Bonner was still alive, we had decorated the North Station and had some mistletoe. Dr. Bonner caught her underneath and kissed her! She was so astonished and embarrassed - we all got a good laugh! May God Bless you and your family.

Oh my goodness Gloria, she never told me that. Thank you so much for that memory and yours and Linda' s friendship. Such wonderful memories! 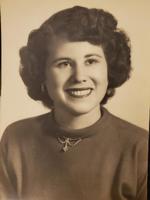 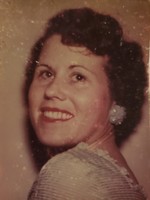 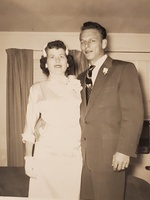