To share your memory on the wall of ALBERT ROTH,, sign in using one of the following options:

Provide comfort for the family by sending flowers or planting a tree in memory of ALBERT ROTH,

Mr. Roth was born May 11, 1940 in Oneonta, New York to parents Albert T. Roth, Sr. and Alice Marble Roth. He had been a Freestone County resident for 20 years having relocated from Angleton, Texas. He was a veteran of the U.S. Navy serving during the Vietnam conflict and was a member of the Vietnam Veterans of America, Dogwood Chapter 991 in Palestine, TX. He married his wife Bonnie in 1978. He was a retired millwright and a member of the Assembly of God Church. In addition to his parents he was preceded in death by a step-father, Pete and a step-mother, Patricia; a sister, Alicia; two brothers, Ted and Charles; one son, Albert Patrick Roth and a daughter-in-law, Stephanie Roth.

Receive notifications about information and event scheduling for ALBERT

We encourage you to share your most beloved memories of ALBERT here, so that the family and other loved ones can always see it. You can upload cherished photographs, or share your favorite stories, and can even comment on those shared by others.

Posted Jul 01, 2020 at 04:32pm
Whereas, It has pleased Almighty God, the Great Commander, to summon to the immortal legions our beloved comrade, Albert T. Roth, Jr., and Whereas, We humbly bow to the will of Divine Providence, while ever cherishing in our hearts the memory of distinguished service to our country and outstanding contributions to American Legion comradeship; now, therefore, be in Resolved, That Howard Gardner Post No. 85, The American Legion does mourn the passing of our comrade, Past-Adjutant Albert Roth, That we commend to all the works, and to God the spirit; and be it further Resolved, That he be forever transferred to the Post Everlasting, The American Legion.

Posted Jun 23, 2020 at 08:14pm
I knew Albert in New York & was married to him for 14 years & gave him 4 wonderful children --Dawn Smith & Kenneth Roth & Michael Roth & Patty Gassett--we had a good life those 14 years but things happened & was grateful for knowing that time with him & I know he was very happy with Bonnie all these years --RIP AL & see you some time later --GOD BLESS YOU
Comment Share
Share via: 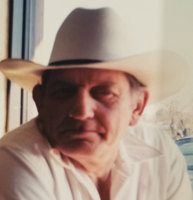 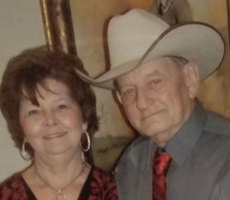