To share your memory on the wall of LUCILLE CARTER, sign in using one of the following options:

Print
Lucille Carter passed away peacefully in her home on April 26, 2021 at the age of 78. She was surrounded by her family and loved ones.

Born Ester Lucille Crouch on October 8, 1942, in Fairfield, Texas, she was the first child of ... Read More
Lucille Carter passed away peacefully in her home on April 26, 2021 at the age of 78. She was surrounded by her family and loved ones.

Born Ester Lucille Crouch on October 8, 1942, in Fairfield, Texas, she was the first child of Jessie and Jewel Crouch (Morris). She graduated from Fairfield High School in 1961. She then attended Kilgore College and proceeded to work for the telephone company. Lucille married Jerry Carter of Dew in 1966. They had two daughters, Wendi Kaye and Leslie Ann, born in 1971 and 1975, respectively. After residing in Houston for the early part of their marriage, they returned to Fairfield in 1979 to raise their family. Lucille worked at Texas Utilities, formerly Southwestern Electric, for over 20 years. She was a dedicated member of Round Prairie Baptist Church for 42 years.

Lucille was without question a very special lady. She contracted polio as an infant, which left her right leg paralyzed. She never walked a moment in her life without the aid of crutches. She fondly recalled the days when the boys in her class took turns pulling her to school in a little red wagon. Lucille never let her physical disability slow her down. In fact, she refused to park in handicapped parking spaces until well into her 50s because “someone else might need it more.” She loved the Lord, jewelry and The Young and the Restless. She genuinely cared about everyone she met, and she never met a stranger – be it a newcomer to church or the person in line in front of her in Target. She loved talking to people. In fact, talking could be considered her primary hobby. She had a wonderful personality and always considered herself immensely blessed. Lucille loved children. When she would finish teaching Sunday School at Round Prairie, you could often see her cruising to the sanctuary on her scooter with any one of the kids riding shotgun.

Lucille was a wonderful mother and quite possibly the greatest mammaw of all time. Their first granddaughter, Peyton, was her pride and joy. When their second granddaughter, Landry, did not like daycare, Lucille cried and cried until Jerry finally bought an RV so they could make the six-hour-round-trip trek to Paris to babysit each week until Landry started Kindergarten. They did this every week for over three years. Anytime their grandson, Zac, visited mammaw and pappaw’s house, he could be found glued to Lucille’s side – sitting right next to her in her small lift chair while he ate meals, read books or played games with her. He most recently sat with her in that chair this past Easter at age 10, completely oblivious to the fact that he could barely fit in the seat with her anymore.

Lucille is preceded in death by her parents Jessie Crouch and Jewel Morris. Left to cherish her memory are her devoted husband of 54 years, Jerry; her two daughters and their spouses, Wendi and Shannon Baker of Mildred, and Leslie and Dave Christensen of Frisco; her grandchildren, Peyton and Landry Fleming, Zac Christensen and Creed Baker; all five of her siblings, Etna Cotten, Rena Richardson, Retha Little, Kathy Dougherty and Ronnie Crouch; as well as her special friend, Sandi Nitcholas. “Aunt Cille” will be missed dearly by numerous nieces and nephews.
In lieu of flowers, donations can be made to Scottish Rite for Children or the Texas Baptist Children’s Home.

To plant a memorial tree in honor of LUCILLE CARTER, please visit our Heartfelt Sympathies Store.

Receive notifications about information and event scheduling for LUCILLE CARTER

We encourage you to share your most beloved memories of LUCILLE CARTER here, so that the family and other loved ones can always see it. You can upload cherished photographs, or share your favorite stories, and can even comment on those shared by others.

Posted May 04, 2021 at 10:41pm
So very sorry to hear of Lucilles passing ! She was such a wonderful lady ! Such a sweet smile and caring lady ! I just loved her !
Kim Foreman
Comment Share
Share via:
BS

Posted Apr 30, 2021 at 12:12pm
I pray God’s comfort and peace during this difficult time. I will always remember Lucille as a wonderful, vibrant, precious person. With deepest sympathy, Beth Schifani
Comment Share
Share via:
CA

What a beautiful obituary for a beautiful lady!
Lucille was one of my first piano students MANY years ago. She was such an inspiration to all who ever met her.
Cherish all the memories you have of her.
God bless each of you. I am praying for you. My love and sympathy.
Comment Share
Share via:
CF 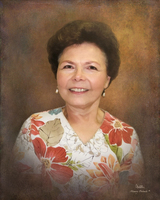