To share your memory on the wall of HARLIN \"ANDY\" ANDERSON, sign in using one of the following options:

In lieu of flowers, Carolyn requests donations be made to Lottie Moon Foundation or Antioch Baptist Church, Fairfield Texas.

We encourage you to share your most beloved memories of HARLIN "ANDY" ANDERSON here, so that the family and other loved ones can always see it. You can upload cherished photographs, or share your favorite stories, and can even comment on those shared by others.

Posted Jan 17, 2021 at 01:50pm
My prayers and condolences to Carolyn and all of the family on Harllin's passing. I always enjoyed talking and visiting with him every year at the Mt. Zion Cemetery Memorial. May the Good Lord be with all of you.
Comment Share
Share via: 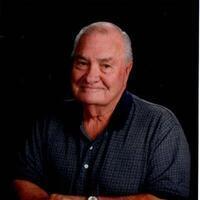