To share your memory on the wall of HERMAN HAGER, sign in using one of the following options:

Receive notifications about information and event scheduling for HERMAN

We encourage you to share your most beloved memories of HERMAN here, so that the family and other loved ones can always see it. You can upload cherished photographs, or share your favorite stories, and can even comment on those shared by others.

Posted Sep 14, 2020 at 12:41pm
I rember the good times of hoeing the corn or getting in the hay and then getting to go swimming in the creek. The times when we had basketball games and had to walk a half mile in the dark ( no street lights) after the bus driver let us off. Playing basketball on the side of a hill with lots of rocks and very little dirt. Knocking down wasp nest to get bait to go fish for perch.
Comment Share
Share via:
KR

Posted Sep 12, 2020 at 03:37pm
The most amazing big brother anyone could ever ask for. He was such a great story teller, always funny and full of life. He will be missed dearly, I loved him so much! So happy he is no longer in pain. Rest in peace my brother!
Comment Share
Share via: 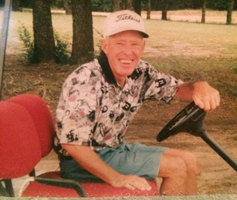