To share your memory on the wall of HUBERT GENE REYNOLDS, SR., sign in using one of the following options:

Provide comfort for the family by sending flowers or planting a tree in memory of HUBERT GENE REYNOLDS, SR.

Provide comfort for the family by sending flowers or planting a tree in memory of HUBERT GENE REYNOLDS, SR.

In honor of Hubert, contributions may be made to the Kindness from Case Memorial Foundation at Community National Bank & Trust of Texas in Fairfield.

We encourage you to share your most beloved memories of HUBERT GENE REYNOLDS, SR. here, so that the family and other loved ones can always see it. You can upload cherished photographs, or share your favorite stories, and can even comment on those shared by others.

Posted Oct 24, 2020 at 02:23pm
My greatest sympathy for the family and friends of Hubert. He was a very dear friend to me when I first moved here to Fairfield back in 1999, and we kept in touch for years. Everyone needs a friend or two in this life. Prayers. RIP Mr Reynolds.
Comment Share
Share via: 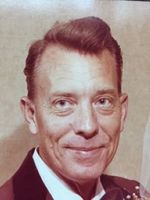 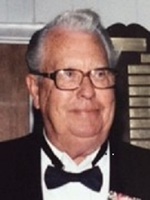