To share your memory on the wall of Jimmy Scott, sign in using one of the following options:

Receive notifications about information and event scheduling for Jimmy

We encourage you to share your most beloved memories of Jimmy here, so that the family and other loved ones can always see it. You can upload cherished photographs, or share your favorite stories, and can even comment on those shared by others.

Posted May 08, 2019 at 12:00am
Jimmy may you rest in peace while being with your father, Sharon, Joshua, and of course Stacey. You will definitely be missed. May God give your family strength and courage during this difficult time.
Comment Share
Share via:
MF

Posted May 07, 2019 at 12:00am
Our shared Scott grandkids will never forget their Papa Jimmy. Thanks for loving them. It was a pleasure knowing you on this side. Rest easy Jimmy.
Comment Share
Share via:
DT 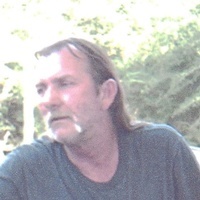