To share your memory on the wall of ROBERT F. (BOB) PEARSON, JR., sign in using one of the following options:

Provide comfort for the family by sending flowers or planting a tree in memory of ROBERT F. (BOB) PEARSON, JR.

Provide comfort for the family by sending flowers or planting a tree in memory of ROBERT F. (BOB) PEARSON, JR.

SEE SERVICE SCHEDULE BELOW.
ATTENDANCE IS RESTRICTED TO FAMILY MEMBERS AND PARTICIPANTS ONLY AND SOCIAL DISTANCING AND MASKS ARE REQUIRED.
Read Less

We encourage you to share your most beloved memories of ROBERT F. (BOB) PEARSON, JR. here, so that the family and other loved ones can always see it. You can upload cherished photographs, or share your favorite stories, and can even comment on those shared by others.

Posted Mar 25, 2021 at 10:20am
Pearson Family, With deepest sympathy as you remember Robert. We wish you peace and comfort during this difficult time. Your PIMCO Family

3 trees were planted in the memory of ROBERT F. (BOB) PEARSON, JR.

Posted Mar 26, 2021 at 05:42pm
My son, Paul Beaver, worked for Mr. Bob in his landscaping business while he was in high school. He always enjoyed that job and thought highly of Mr. Pearson.
Comment Share
Share via:
GF

Posted Mar 26, 2021 at 02:45pm
With heartfelt condolences the staff in Glenn's office pray that God be with your family during this time of loss.

Posted Mar 23, 2021 at 02:17pm
My prayers and condolences to all members of the Pearson family on Bob' passing. May the Good Lord be with you in your time of sadness. God Bless.
Comment Share
Share via:
BT

Posted Mar 22, 2021 at 07:50pm
Debra, Sorry to hear of your dad’s passing. Many good memories of knowing your family back in Coleman. Prayers for the family.
Brenda Smith Thompson
Comment Share
Share via: 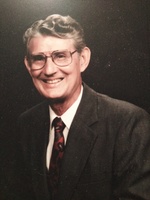 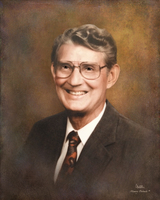