To share your memory on the wall of ELWOOD STUCKY, sign in using one of the following options:

Receive notifications about information and event scheduling for ELWOOD

We encourage you to share your most beloved memories of ELWOOD here, so that the family and other loved ones can always see it. You can upload cherished photographs, or share your favorite stories, and can even comment on those shared by others.

Posted Apr 16, 2021 at 10:03am
Our Dad (step-dad) was called home this week. Elwood was one of the kindest humans on earth sent to our family when we needed him most. He has always been there for love and support. He will be missed.
He joins our Mother in Heaven and we will see him again one day. RIP Papaw Elwood.
Paul and Susan Marberry
Comment Share
Share via: 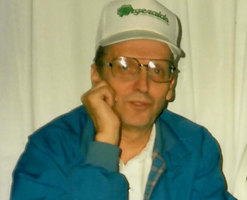